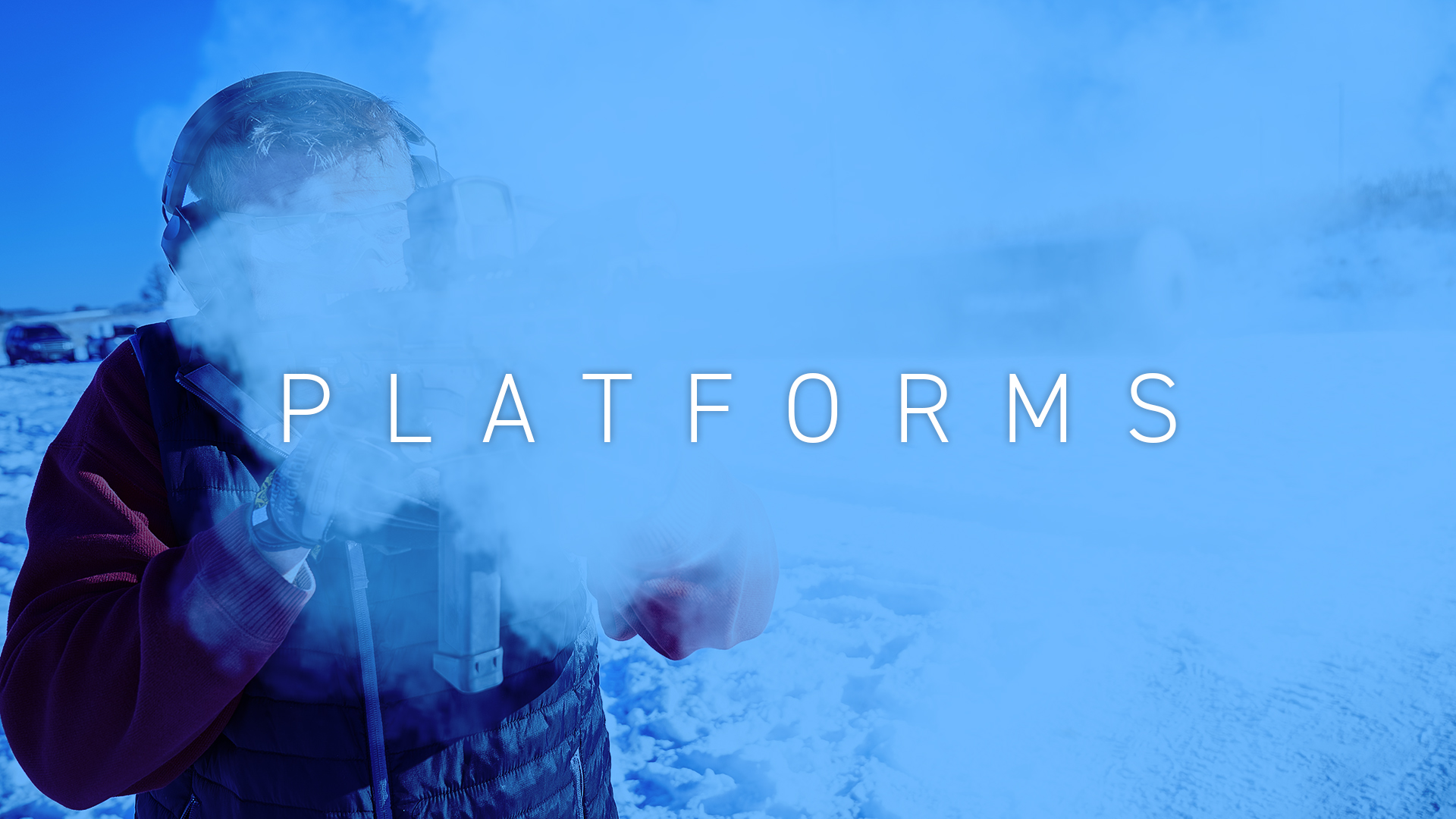 What Are the CMMG AR15 and AR Pistol Platforms and Why Do They Matter?

If you’re not familiar with CMMG, or you are, but never quite understood what CMMG Platforms were then we’ve got you covered! Our platform names are our way of differentiating the different types of AR platforms that CMMG offers, with the biggest differentiators being the magazine they accept, which then dictates what caliber they come in.

Choosing the right platform is a complicated thing for some people. It really comes down to what caliber you are looking for, and then what magazines make the most sense for you. For example, if you own a Glock 9mm pistol, you would likely be best served by running your 9mm CMMG in an MkGs platform so that you’d have magazine interchangeability between the two firearms.

Here’s the full rundown of each of our platforms.

The Mk4 platform accepts standard AR15-style magazines. Originally chambered in the iconic 5.56 NATO, the Mk4 has grown to be one of the most versatile CMMG platforms, especially with the .22 LR, 5.7x28mm (Conversion), and 9mm conversions. It’s what you would consider your traditional, mil-spec AR15 platform, but with more options.

The Mk3 platform is our .308 line. The Mk3 is based on an LR308 high pattern profile, so it’s available in a couple different calibers. It accepts LR-308 style magazines, it is designed with a longer action, and more robust components than the Mk4 in order to handle larger calibers. Accepted calibers are .308 Win and 6.5 Creedmoor.

The Mk9 platform accepts Colt SMG-style 9mm magazines. It is the oldest of CMMGs 9mm platforms and was the first offering for 9mm. It started out as a Traditional (Straight) Blowback system but has since been redesigned to utilize our patented Radial Delayed Blowback operating system.

Built from the ground up to be a best of its own making, the Mk47 platform is chambered in 7.62x39 and accepts AK-pattern magazines and drums. The Mk47 is CMMGs first mid-sized platform and utilizes our POWERBOLT Technology. Chambering rounds larger on traditional bolt sizes, you mill material out of the bolt face, leaving thin fragile walls at the heart of your rifle. POWERBOLT Technology utilizes a larger bolt that’s more durable to eliminate this issue. Being a mid-sized platform, it falls between the Mk4 and Mk3 in size. Utilizing the more robust components of the Mk3, but sized down makes the mid-sized platform truly shine.

After creating the Mk47, we realized there was a need for more mid-sized platforms that had the beefier components like the MK47, but we wanted it to still accept standard AR15 magazine wells, which is how we got the MkW. The MkW platform, accepts AR15-style magazines, and comes in 6.5 Grendel and .458 SOCOM calibers. The magwell is designed to accept those AR15 magazines, while the rest of the firearm incorporates the size, strength, and durability of the AR10 platform.

The MkG platform, was the introduction of our Radial Delayed Blowback operating system to the world. Originally named the MkG-45, the MkG is chambered in .45 ACP and designed to only accept Glock-pattern .45 ACP magazines (we ship with SGM .45 mags). The MkG also introduced our patented last round hold open for fast, reliable magazine changes.

After the release of the MkG came the MkGs. The “s” stands for “small frame” referring to small frame Glocks like 9mm and .40S&W and is chambered in those two calibers respectively. The MkGs platform utilizes our same Radial Delayed Blowback operating system and last round hold open as the MkG. The MkGs accepts Glock style magazines for their respective caliber and features a unique magazine release.

The Mk57 platform gets its name from the—you guessed it—the Five-Seven round. Bringing this caliber to our Radial Delayed Blowback operating system was unexpected by a lot of people, but has proven to be a highly sought-after addition. Similar to the MkG and MkGs, the Mk57 also uses our last round hold open on FN Five-Seven pattern handgun magazines.

The Mk10 platform is our entry into the highly anticipated world of 10mm ARs. While almost identical to the MkG aesthetically, the Mk10 is designed solely for 10mm and cannot accept other components or rounds (this includes .45 ACP and .40 S&W). The Mk10 continues the tradition of pistol calibers using our Radial Delayed Blowback operating system and last round hold open. The Mk10 takes Glock pattern 10mm magazines and ships with SGM magazines.

The Mk17 platform is the cousin to the MkGs. While virtually identical to the MkG, the Mk17 takes all the queues and makes them work with Sig P320/M17 style magazines. Chambered in 9mm only, the Mk17 brings our Radial Delayed Blowback operating system and last round hold open to the world of Sig Enthusiasts.

Mil-Spec, or “Military Specification”, is the criteria used by the military to meet the standard...
Read More

Are the CMMG MkG and the Mk10 Platforms Compatible?

In 2017, CMMG® had a tremendous response when the radical new Radial Delayed Blowback™ system was...
Read More

What You Need to Know About CMMGs Mk3 Platform

The CMMG Mk3 is the company’s AR10-sized platform. With the variations that are possible with this...
Read More
REGISTER FOR UPDATES